This Months’ Review will be on Paa Taraq – The Dimensional Shift. Enjoy! 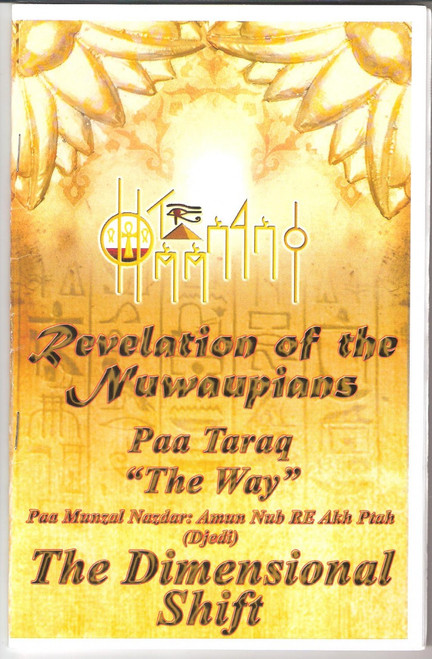 This scroll helps to give an understanding of how the different races came about, why religion came about, the different cycles involved on the universal timeline, and how to live a more wholesome and spiritual life in order to raise your frequency and be a part of the dimensional shift.The scroll starts by talking about how beings have been travelling to, and from the planet for a very long time. This is also discussed in various holy books such as The Bible and The Quran.

There are 5 main races which the scroll speaks of:
– Negroids
– Dravidians
– Mongaloids
– Neutranoids
– Caucasoids

Each race originally has its own rate of vibration and roots.

Dr York suggests that ETs came to the planet earth for their own purposes, and want to be worshipped as Gods. The idea of beings coming from elsewhere is also discussed in Genesis 6:1-5 and The Quran 97:4. Although this seems like quite an outlandish concept, the scroll also points out that a lot of people do not question their holy books and religion out of fear.

There are lots of things that people don’t question out of fear, however, the scroll says everything we do is recorded, and our actions either have the potential to lower or raise our vibration. For example, drinking alcohol and eating meat (flesh). Dr York expresses that eating flesh is what led to some races falling off the ‘divine link to higher dimensions and in turn, regressing to a ‘beast like’ state. The scroll highlights that how we treat our minds and bodies affects the connection to our ancestors, so it’s important that we clean ourselves inside, and out so that we can make the dimensional shift through time and space. It also says that in order to make the shift, we should endeavour not to mix with lower dimensional beings, and eat the food necessary to allow our blood to do its’ job and electrify our bodies.

Dr York points out that spirits can be trapped on this plane i.e. become ghosts, due to negative attachments in life. He highlights that we are the only ones who can hold ourselves back and that we should leave evil behind to move up in vibration to the higher ethers.

It is Negroids especially, which are said to be here to transmute and ascend, although placed under a spell of amnesia. According to the Scroll, ascension can be achieved through spirituality and re-evolution.

Furthermore, the moon cycle is said to be the climax of the evolutionary cycle, it is also important to note the correlation between cycles, and numbers in nature so we can be in sync with the universe. For example, there are 24 hours in a day, 24,000 gene chromosomes, and the earth is about 24,000 miles in circumference.

Above are just a few examples of patterns in nature, however, the scroll suggests that a lot of this information is hidden or forgotten and that to know who one is, one can remember where they are going, and how to get there.

Pop into the store to get more similar, or order online at  http://www.nashat.co.uk